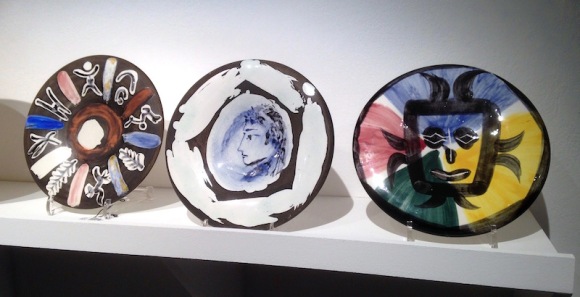 By chance on Bond Street because I needed to take a photo of the Atkinsons building for my nearly finished book on Mrs Dalloway and caught the last day of the exhibition of ceramics by Picasso at Sotheby’s.

The extraordinary vigour and certainty of his line, his playfulness and use of colour never fail to enthral. And always that feeling of excitement being in the presence of work imagined, moulded, touched by that ferociously creative genius.

With ceramics and prints there is also the temptation towards recklessness that you could actually buy one; take away a work bearing that iconic signature.

Being sensible was helped by the fact the ones I really liked (inevitably) still retained a hefty guide price. In any case, ownership is not the key issue; it’s the capacity to enjoy the work that really matters. (Nonetheless …).

The work dates largely from the 1950s when, aged 65, Picasso moved back to the south of France after the war –

While staying with the printer Louis Fort in Golfe-Juan, the two came across Madoura and this led quite simply to the artist’s engagement with the pottery traditions of the area. There was also an influence on a personal level as the artist met his second wife, Jacqueline, when she was working in the Madoura pottery studio in Vallauris. She began to live with Picasso in Paris in late 1954 and they together moved to the villa La Californie in 1955. (Lucy Rosenburgh)

And of course it was one of the ‘Jacqueline’ earthenware dishes I wanted most. 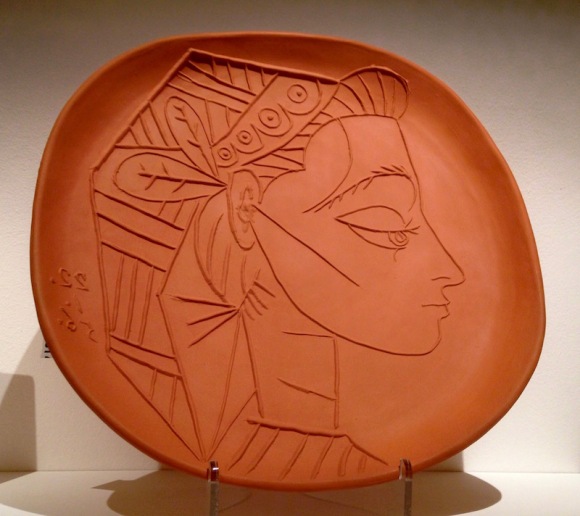 Jacqueline’s strong features, her prominent profile, and her dark hair and eyes are readily found in much of the art Picasso made during these joyful years. Earlier portrayals often depict Jacqueline with her abundant hair covered by a headscarf, as seen in these two red and white earthenware empreinte. In the empreinte, the artist’s carved and modelled plaster mould would be pressed into the clay, leaving the unpainted impression as the only decoration. Picasso developed the method at the Madoura studio, inspired by the process of print making. (Lucy Rosenburgh)

And more, just because… 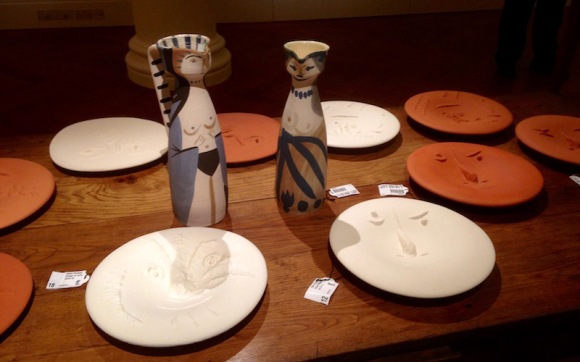 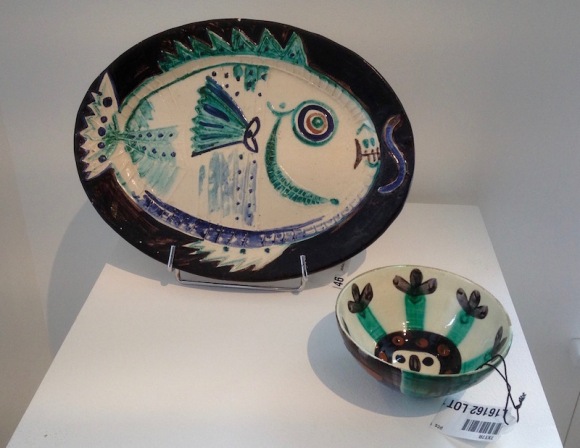