Very glad to have caught the Irving Penn Flowers exhibition at Hamiltons Gallery yesterday. This is, apparently, the first time all the pictures in Penn’s flower series have been shown together and it makes for a brilliant exhibition.

The fabulously rich colours blaze off the walls of the gallery space, each flower revealed in exquisite detail against a plain white backdrop. 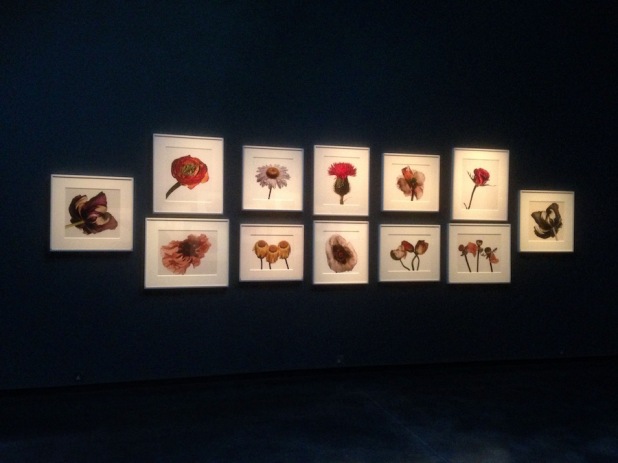 The images capture the sensual beauty of the form, pattern and colour of each flower and, by choosing to photograph specimens that “have passed the point of perfection, when they have already begun spotting and browning and twisting on their way back to the earth” Penn also imbues each image with a sense of time passing – Life, sex and death; it’s all here.

There is an intense physicality about some of the flowers, with their petals spread wide to expose the stamens and ovaries – pollination as aching desire. Nevertheless the photographs I would really love to hang on my wall are the almost monochrome Dandelion and Single Oriental Poppy, the taut delicacy of each tiny filament caught in thrilling detail. 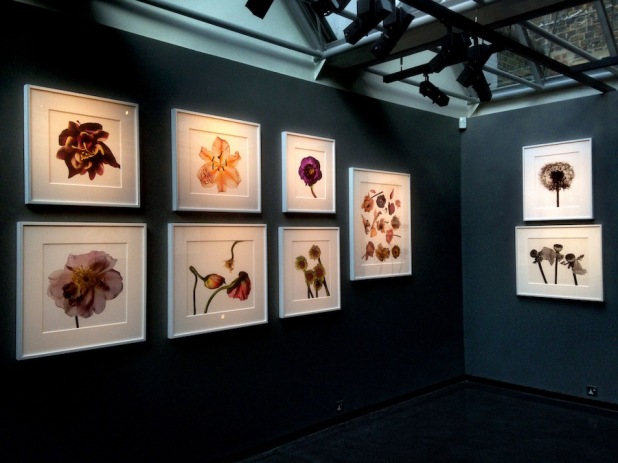 About the Flower series

Penn’s Flowers series was initiated from an assignment by American Vogue for the 1967 Christmas edition. This became the first of seven annual assignments that Penn would photograph flowers for Vogue, each year devoting himself to one class of flower. The photographs were collectively published as a book Flowers in 1980: 1967, Tulips; 1968, Poppies; 1968, Peonies; 1969, Orchids; 1970, Roses; 1971, Lilies; 1973, Begonias (Penn also photographed wildflowers in 1973 which appeared in Vogue’s 1974 Christmas edition but were excluded from the Flowers book). Thereafter, Penn returned to the subject right up until his death in 2009.